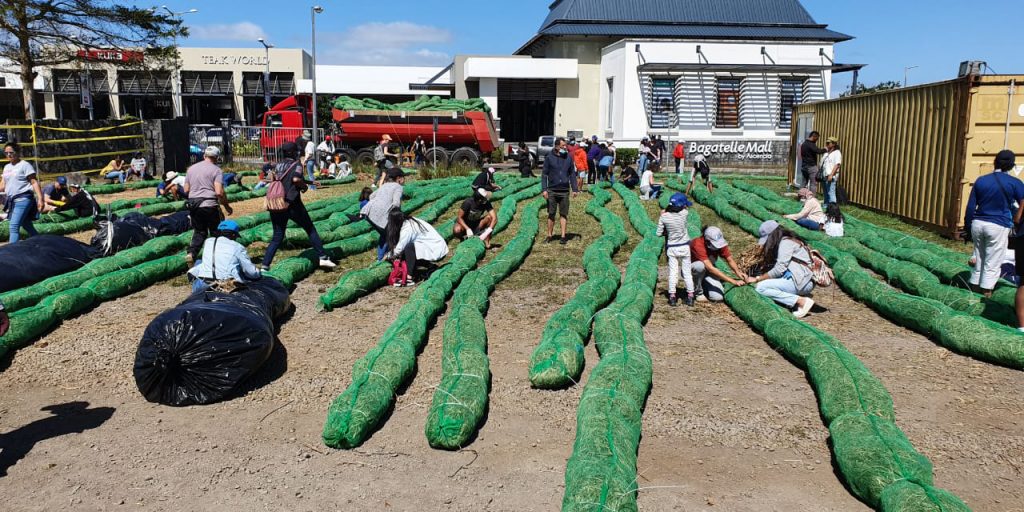 On 25 July a bulk carrier ship, the Wakishio, ran aground on a Southern coral reef off the coast of Mauritius. Since the accident, over 1,000 tons of oil have spilled into the ocean – threatening the mangroves and lagoons.

After hearing about the spill, local communities and NGOs have rallied to volunteer . The sugarcane industry has stepped up to support local efforts. Bonsucro member, Terra, is one of the largest corporations in Mauritius and has donated 8 tons of bagasse. Omnicane, a certified member of Bonsucro, has also donated sugarcane by products and helped to transport equipment to the affected areas. ALTEO, another member, has sourced 9.7km of cloth to create the nets along with iron bars, nylon ropes, PPE and over 100 tons of cane trash. 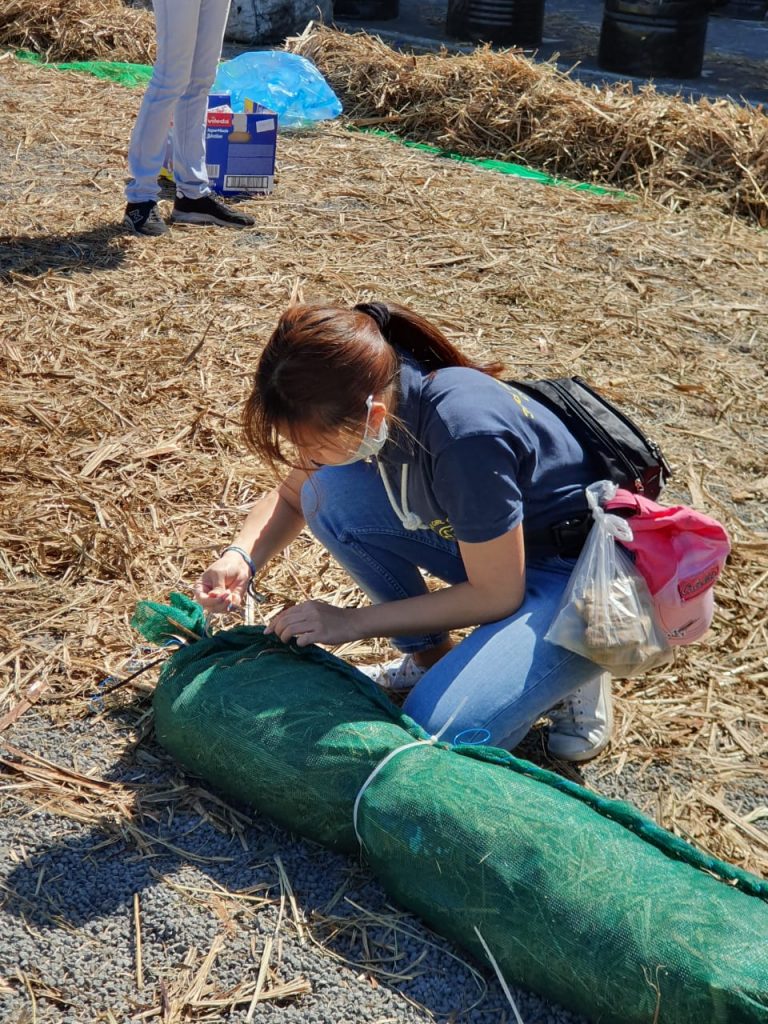 Volunteers have been working around the clock to stuff the cloth with bagasse and cane trash to create buoys. These act like a sponge to soak up the oil as well as a floating barrier to stop the oil spreading further.

For now, the spill has been contained. However, there is still a risk that the ship will spilt in two and which will exacerbate the problem. The oil poses a huge threat to the marine life. According to Reuters, eels, starfish, crabs and seabirds are already dying as a result of this accident.

The wreck is in a biodiversity hot spot which adds to the severity of the problem. It is near two environmentally protected marine ecosystems which are considered internationally important. The UN Convention on Biological Diversity says there are 1,700 species in Mauritian waters, including 800 types of fish, 17 different marine animals and two species of turtles.

In addition to the animals, the marine area has an abundance of coral reefs, sea grasses and mangroves which are vital to the ecology. The oil may cause coral bleaching which could have a knock-on effect on marine wildlife around the world and put the Mauritian tourist industry at risk.

Dr Corina Ciocan, a senior lecturer in marine biology at the UK’s University of Brighton is quoted in a BBC article saying, “There will also be soluble compounds from the oil that will dissolve in the water, [creating] a mousse-like layer underneath the surface of the water, and then very heavy residues on the bed – so the entire marine ecosystem will be affected.” Therefore, it is important to act quickly.

The island communities in Mauritius and the NGOs are racing to clear up the site as fast as possible. However, understanding the scale of the damage and undertaking projects to protect the marine ecosystems will take time. The Mauritius Marine Conversation Society is working with NGOs in the region to create an environmental report and plans to reconstruct the area. If you are interested in making a donation, there is a crowdfunding page to support the clean up plans.

Thanks to Jean Claude Autrey, Chair of the Bonsucro Board for supplying the photos.