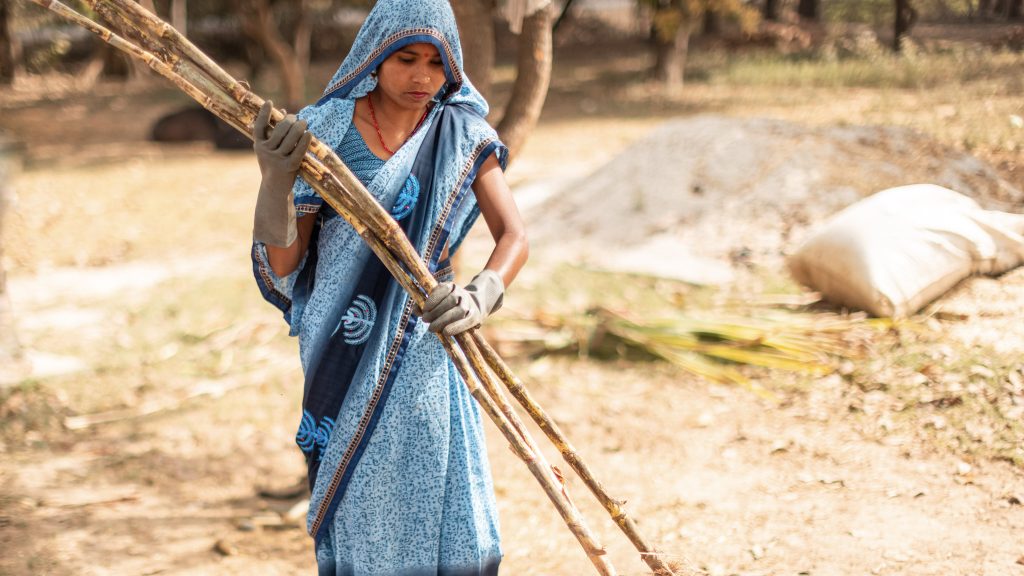 Promoting the Living Wage is central to Bonsucro’s strategic aim of strengthening human rights and Decent Work in sugarcane farming and milling. In December 2021, Bonsucro joined the Global Living Wage Coalition’s (GLWC) Global Living Wage Action Network. The network is a hub for Living Wage activism, education, and advocacy. It brings together sustainability systems, researchers, and other organisations to implement and push for global Living Wage action. Bonsucro’s involvement in the coalition will bring exciting opportunities to connect with other members, learn from one another, and enact Living Wage change in the sugarcane sector.

What is Living Wage?

The GLWC (2018) defines a Living Wage as: “The remuneration received for a standard workweek by a worker in a particular place sufficient to afford a decent standard of living for the worker and her or his family. Elements of a decent standard of living include food, water, housing, education, health care, transportation, clothing, and other essential needs including provision for unexpected events.”

Living Wage differs from the Minimum Wage, which is based on balancing political priorities, such as preventing employee poverty with maximising economic growth. Comparatively, Living Wage is based on the real cost of living. The concept of the Living Wage stems from the Declaration of Human Rights, which states that every (adult) person is entitled to work which provides sufficient income to sustain the livelihood of themself and their family (article 23 and 25) (UN Declaration of Human Rights).

Determining an accurate Living Wage is a complicated and complex process 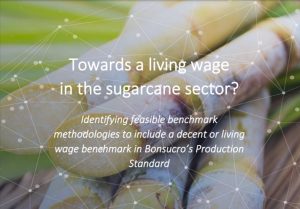 Bonsucro commissioned a report by NewForesight last year which reviewed existing benchmark methodologies that could function as a Decent or Living Wage benchmark methodology for Bonsucro. Their findings are detailed in the report: Towards a living wage in the sugarcane sector?

One method of calculating this figure, which has been adopted by the GLWC, is the Anker Methodology – a widely recognised method which takes into account both international and local contexts. This method has driven Living Wage action around the world and is frequently used to estimate Living Wages in both rural and urban areas.

Roadmap for Living Wages in the Sugarcane Sector 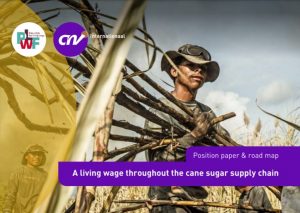 The paper identifies the main reasons behind the absence of a Living Wage and poor labour conditions. According to this research, adopting a Living Wage is critical to solving problems in the sugarcane industry, such as child labour and chronic kidney disease caused by heat stress.

Based on this analysis, a roadmap has been created towards constructive solutions which both PLWF and CNV Internationaal will use as a foundation for their engagement with the sugar sector. A step-by-step approach, as proposed by Bonsucro, will help farms and mills to collaborate with their workers and their unions on bridging the Living Wage gap. The first priority will be to start re-collecting data on the gap between a Living Wage and the current wages in specific countries.

More information on the findings of the project can be found in the Roadmap for Living Wages in Sugarcane.

Bonsucro will form a Working Group in 2022 comprised of members and external experts to drive the work on Living Wage.