In the sugarcane fields of Chonnoi, Saraburi province, 54-year-old Watcharin Banthat-thiang is busy preparing to apply biofertiliser to his fields. Like Rose, his father also farmed cane over several decades. Watcharin himself, a former car tyre salesman, switched to farming in 2011 when his father passed away and he took over the family sugarcane plantation. Leaving his tyre business behind, he began growing sugarcane on 19.2 hectares (30%) of his 64-hectare farm, where he also grows sweetcorn, peanuts, green beans, sunflowers, cassava. He now makes his living from farming.

“As I began farming, I wanted to see how I could conserve the environment, in particular by avoiding the burning of waste cane leaves,” he says. “So I began covering my fields with cane leaves after harvesting to help prevent moisture from evaporating from the soil. When the Bonsucro project launched, I could see that the ideas were consistent with what I was thinking.”

Joining the Bonsucro programme has helped him further build on these practices and take his performance to the next level.

“My biggest challenge has always been how to improve the yield each year and reduce costs. Since joining, the cost of growing sugarcane has dropped considerably, and I’ve even seen a slight increase in yields.”

Among the factors that have contributed to Watcharin’s success, he is using fewer pesticides and artificial fertilisers, and monitoring his costs and performance carefully. He is also able to keep the ratoon (the part of the sugarcane left underground after harvesting, which then regrows) for twice as long (up to seven years), reducing the investment needed in new cane fields. Developing his own seeds generates a further cost saving.

“Since I no longer burn the cane, the ratoons last longer,” he explains. “This also means I’m conserving beneficial insects, so I experience fewer pests, which in turn reduces the need to use pesticides.”

To reduce synthetic fertiliser, he buys urea (a nitrogen-based fertiliser derived from urine) from nearby Wangmueng district, and combines this with compost from filter cake (a natural by-product of sugar production), which is provided free by the mill to farmers in the Bonsucro programme. He and his two workers apply the fertiliser using specialised machinery. They also harvest the crop mechanically, using vehicles rented from neighbouring farmers.

“Relying less on chemicals is also better for me and my workers,” he adds. “I came to realise that our lives and health were improving.”

Although Watcharin relies entirely on rain to feed his crops, in his area, he is less concerned than Rose about water scarcity. This is all down to the quality of the soil.

“In Chonnoi, we are lucky, as the nature and texture of the soil retains rainwater well,” he explains. “This has really helped me in the years with little rainfall.”

In addition to benefitting from the on-the-ground practices he has learnt, Watcharin equally values the training he has received on record-keeping. Since joining Bonsucro, he has formalised his Farm Dairy records and provides them to the mill.

“This has really helped me to improve my performance,” he explains. “Now, I can review my records and fine-tune my practices by learning what works and what doesn’t.” 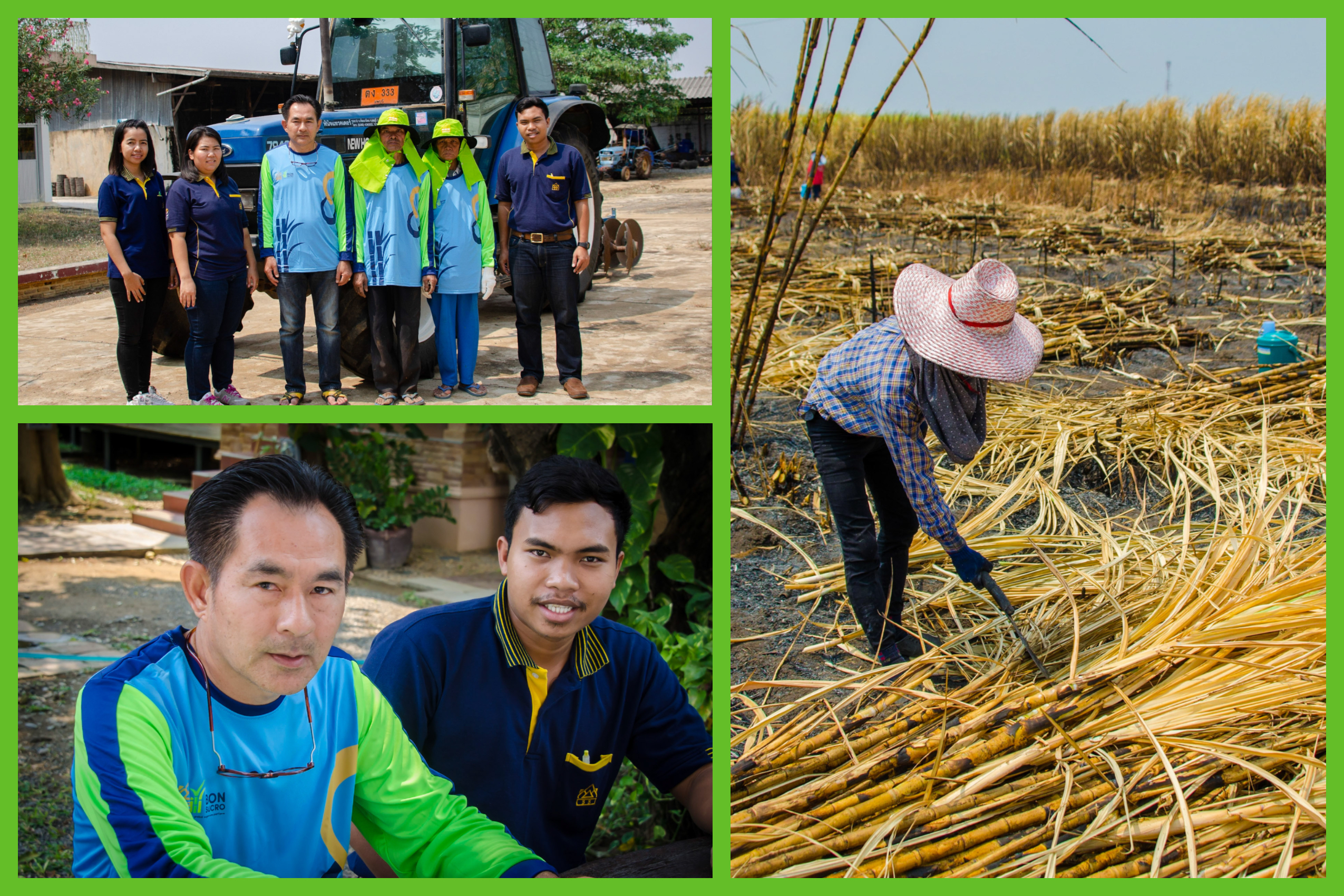 Importantly, both Watcharin and Rose receive ongoing support from the Saraburi mill. The company’s teams spend five days per year with each farmer, checking their records, surveying their farms, offering advice and recommendations and providing them with any protective equipment or clothing they might need, free of charge. 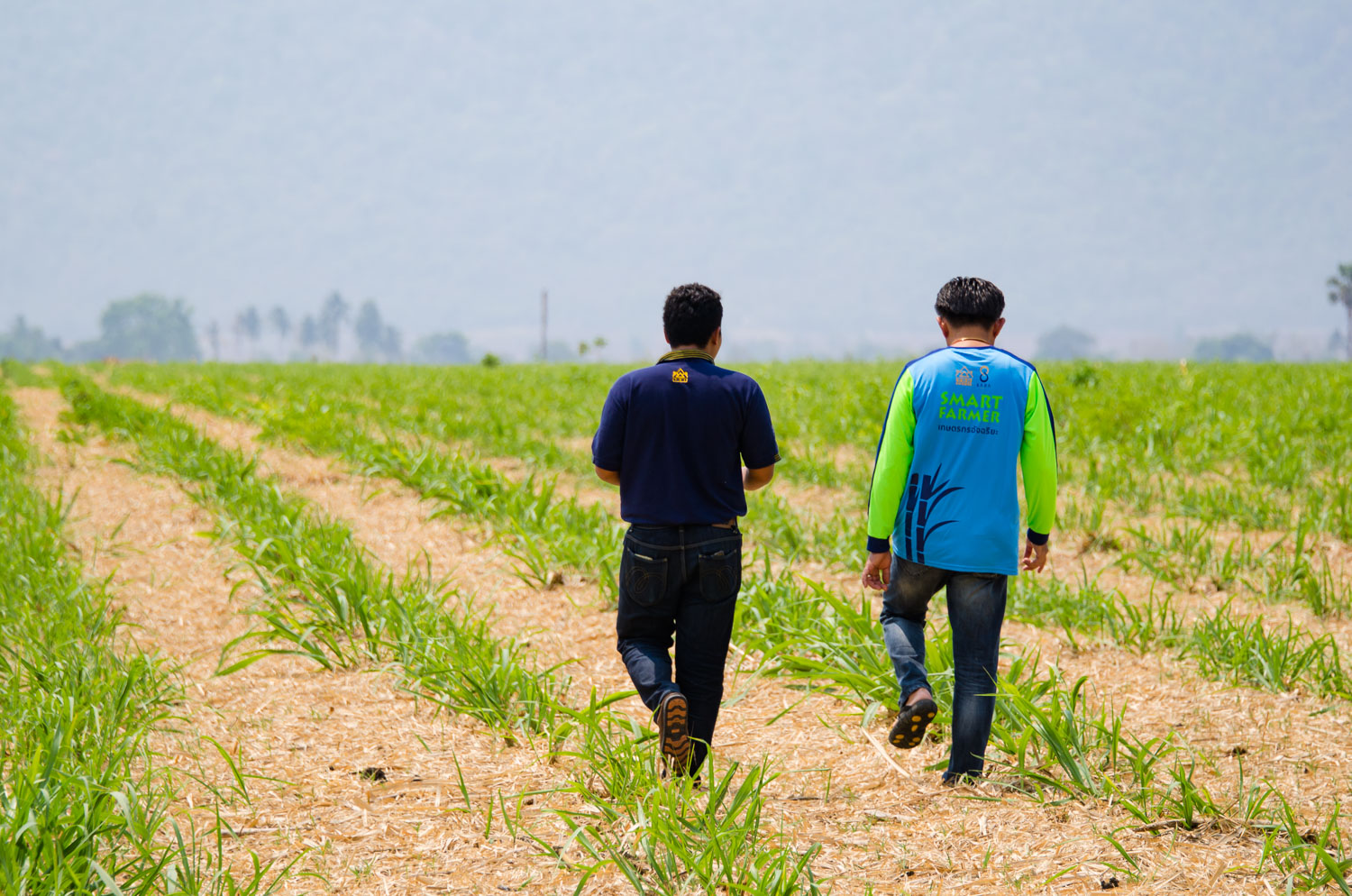 For the moment, just part of his land is Bonsucro-certified, but Watcharin intends to gain certification for his entire sugarcane plantation.

“Sugarcane is the best crop for me. It’s where I see my future,” concludes Watcharin. “I believe growing sustainable sugarcane will keep delivering better yields, and I’d encourage the programme to reach out to more farmers. Convincing farmers to change their ways can be very hard, but I believe more farmers will join when 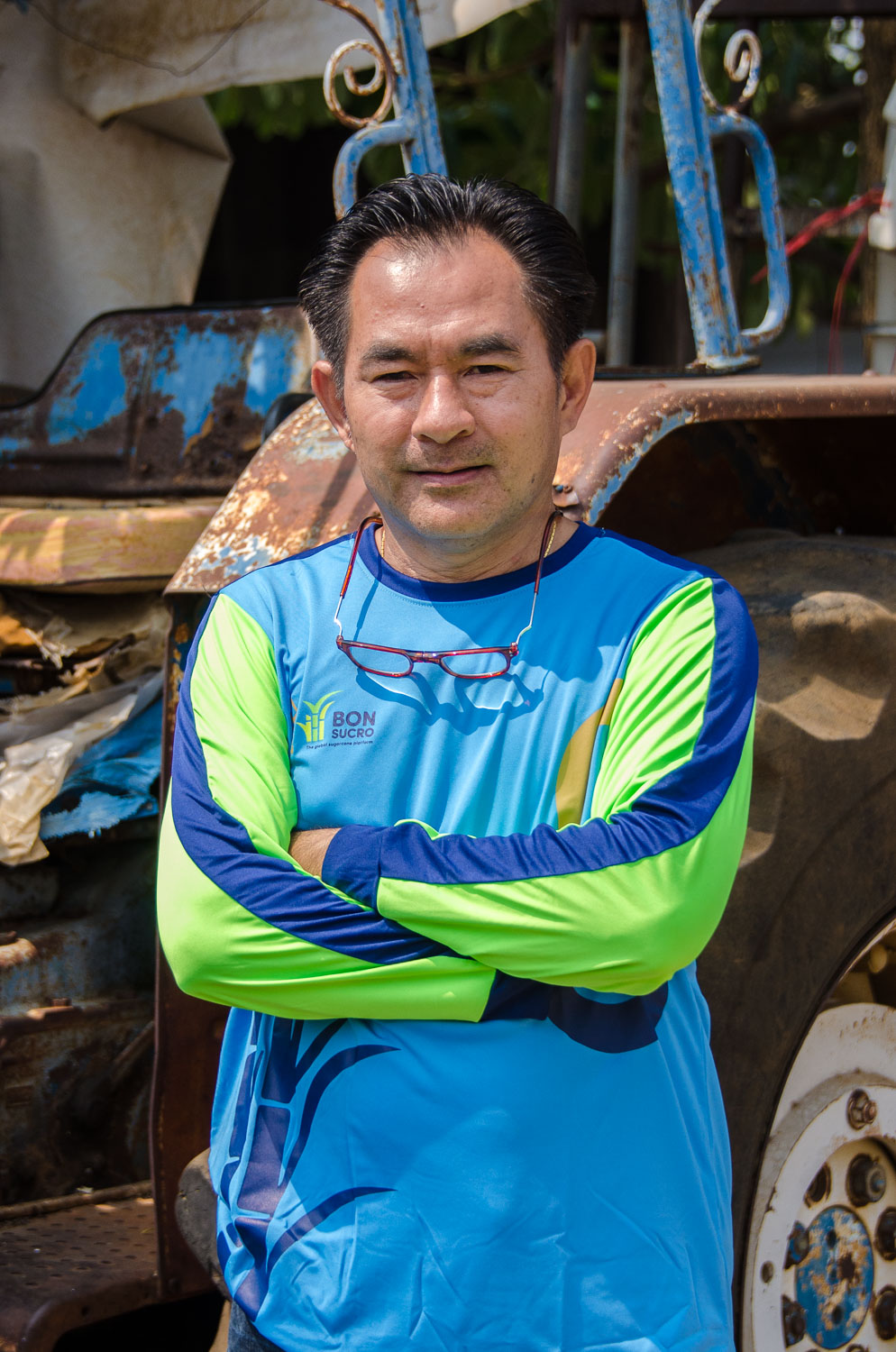 Watcharin at his farm in Saraburi

Find out more about the Bonsucro Smallholder Standard