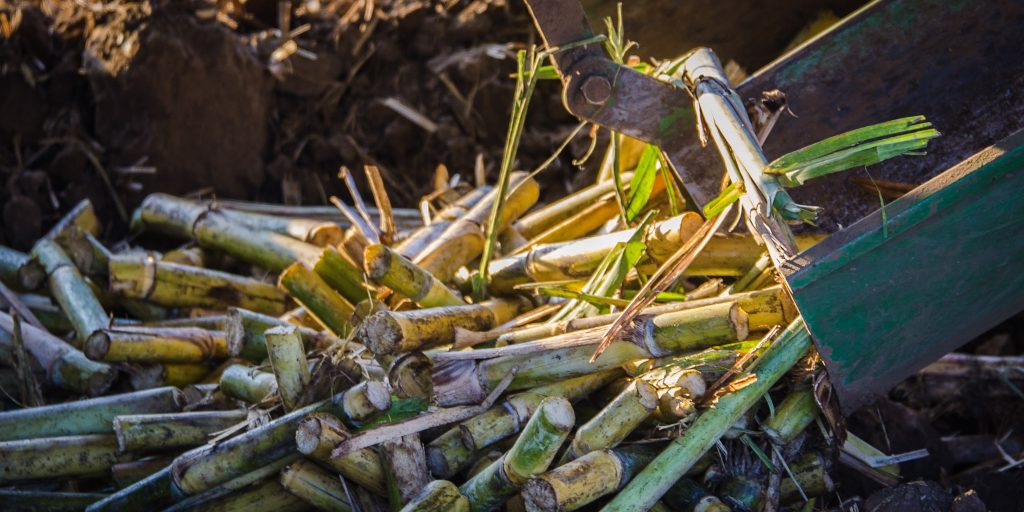 Since the end of the public consultation, the Bonsucro Secretariat and the Standard Revision Working Group (SRWG) have been busy organising, analysing, and acting on the comments received. To provide adequate resources and tools, Bonsucro contracted Proforest, a consultancy firm specialised in facilitating Standard Revision Process in multi-stakeholder context. Proforest has supported peer voluntary sustainability standards such as the Roundtable on Sustainable Palm Oil and the Round Table on Responsible Soy, in facilitating, amongst other things, their standard development and revision processes. The three Proforest team members help to coordinate the working group, track discussions, capture decisions and ensure consistency across the whole set of documents being developed.

For the last couple of months, the Standard Revision Working Group has analysed the comments received from the public consultation and started drafting a second Standard and developing the draft guidance to the production standard and the draft guidance for auditors. In parallel, the Bonsucro Secretariat is working to align the Bonsucro Calculator to the new draft.  Once these documents are complete, they will be released for a second round of public consultation which will last 30 days. This is expected to start in late March/early April. The changes to the Production Standard will impact audit practices, therefore the Bonsucro secretariat, supported by Proforest, is also revising its certification protocol and developing support tools, such as the auditor guidance and audit checklist to support the implementation of the production standard.

Bonsucro is currently revising its next five-year strategic plan and the Secretariat is working to ensure there is alignment between the draft Bonsucro Production Standard and the strategic direction taken by the organisation. The extensive work carried out by the SRWG combined with the numerous comments received before the launch of the Standard revision and during the first consultation on the draft standard have provided valuable input into the discussion on the strategy. The Secretariat has been using that wealth of information to shape the strategic aims for the organisation with to ensure a consistent approach in tackling the most pressing issues faced by the sector.

First public consultation at a glance 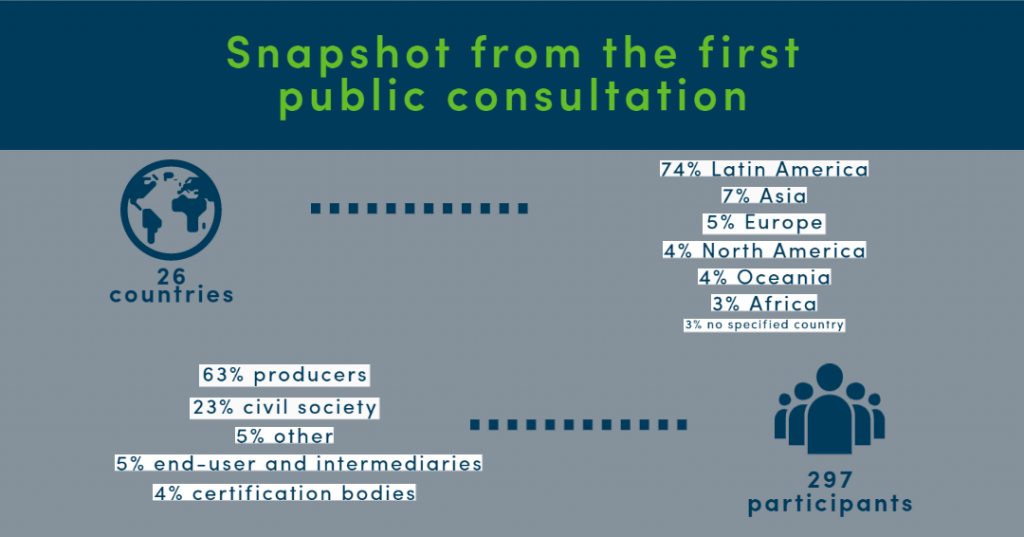 During the consultation period, Bonsucro held 27 hours of webinars in four languages. In total, 297 individuals from 26 countries took part in these webinars.

The feedback received has been representative of Bonsucro’s stakeholders at large, 63% of the feedback submitted is from producers, 23% is from civil society organisations, 5% from end-users and intermediaries, 4% from certification bodies and 5% identified as other.  In addition to the feedback forms, Bonsucro received additional comments during the webinars and afterwards through emails and letters. In total, nearly 300 individuals from over 200 organisations responded with comments to the consultation, totalling over 4,000 separate comments. Of these, 53% are from non-members.  This is by far the largest consultation effort Bonsucro has carried out over since the first Standard was introduced ten years ago. Bonsucro would like to thank everyone who has dedicated time to participate.

How have the comments been analysed?

The Standard Revision Working Group, together with Proforest, have categorised the comments and separated them out per indicator. A summary table has been created to classify indicators according to the level and complexity of the comments received (shown below). This work helped the SRWG to plan and prioritise their discussions.

A detailed breakdown of the comments was created and will be released during the second public consultation, alongside a response from the Working Group explaining how the comments have led to changes into the second draft of the production Standard.

Overview of the feedback received

Analysis of the comments received indicated a few overarching concerns emerging  . These concerns relate particularly around the complexity of several indicators, the cost involved in implementing them and the added resources needed for demonstrating compliance with the new requirements. They also highlighted that the additional requirements would not add value to certification, which combined with the difficult financial situation facing the industry and the challenges surrounding COVID-19 have added further complications. The working group will ensure adequate follow-up is given to identify the points of tension and propose viable solutions.

How is the working group integrating the comments into the second draft?

The Working Group has separated into different sub-working groups to adapt the draft standard, guidance and calculator. The sub-working groups are meeting regularly via video calls and use an online document sharing platform. Proforest ensures that conversations are tracked, and decisions are captured. The Working Group, supported by the Secretariat, is also in the process of conducting further research on greenhouse gas emissions, lifecycle assessment, living wage benchmarks, and legislation on maximum working hours to ensure that the concerns highlighted in the public consultation are adequately understood and responded to.

In addition to the public consultation, at least four pilot audits in different production regions will also be carried out to ensure that the Standard, guidance and calculator are performing in an audit setting. The pilots will evaluate how the Principles, Criteria and Indicators are understood by operators, how they are interpreted by the auditors and whether they are likely to fulfil their objectives.  A call for proposal will be shared with licensed certification bodies who would like to participate. Another call will be made to invite our members to come forward should they like to participate to the pilot by opening their doors to the assessors.