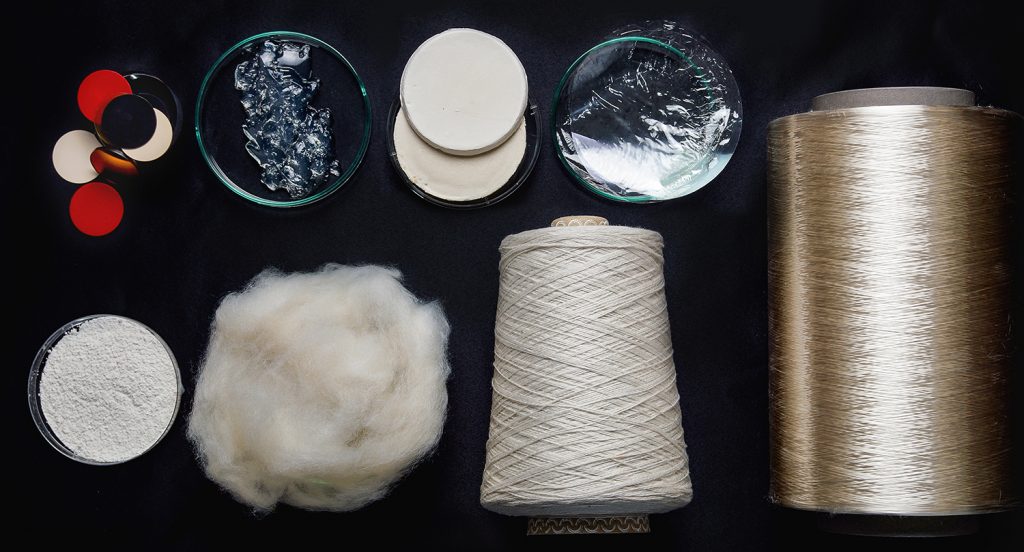 Spiber, a biomaterials company based in Japan, is one of Bonsucro’s newest members. Founded in 2007, the company is known for its naturally-derived Brewed Protein™ materials, which can be processed into different forms including resins, gels, composites, cashmere-inspired fibres, and more.

Natural spider silk is lighter than cotton, yet can be stronger than steel, and demonstrates a range of different qualities such as elasticity and stickiness. By mimicking the protein structure of natural spider silk, synthetic silks could offer valuable properties suitable for a wide range of end products, including bullet proof vests and ropes used to support suspension bridges. As such, research teams across the world have been trying to reproduce materials similar to natural spider silk in the lab for years.

In its early years, Spiber studied a selection of spider species to understand the genetic sequences and mechanical properties of different spider silk proteins. This early research provided a wealth of information regarding natural silks and the proteins they are made from.

The data collected from studying spiders has enabled the team at Spiber to design its own proteins, produced through a fermentation process that utilises plant-based materials such as sugarcane. The proteins are processed to take on a variety of forms, such as delicate filament fibres, spun yarns, resin, films, and more. Preliminary tests have shown that Brewed Protein™ materials can biodegrade through enzymatic digestion in various environments including seawater. Biobased and biodegradable materials with industrially relevant properties are a key part of the transition to a circular economy.

Spiber has ambitious plans to scale up its production capacity, and is currently building a new production facility in Thailand. The plant will enable Spiber to produce several hundred tonnes of Brewed Protein™ materials per year, an amount approximately 100 times greater than that produced at its pilot facility in Tsuruoka, Japan. Spiber has also recently announced its plans to lay the groundwork to establish a mass-production plant in the U.S. through a long-term partnership with world-leading food processor Archer Daniels Midland Company.

Sourcing materials sustainably and ethically is an important component of Spiber’s strategy and vision as a company. David Lips, Frontier Development Division said, “We believe that there can be no sustainable bioeconomy without sustainable agricultural supply chains. We are excited to partner with Bonsucro to turn this realisation into practice and minimise the footprint of our sugar sourcing activities.”

Bonsucro is thrilled to see its membership expanding to include innovative and disruptive brands such as Spiber.