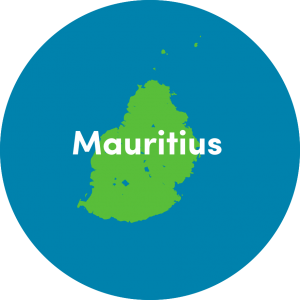 Mauritius has a long history with the sweet crop. Sugarcane was first introduced to the island by the Dutch in 1639. Under varying colonial powers, the industry was developed as the primary economic activity in Mauritius. After independence, enormous gains were made to increase the efficiency and resilience of the sector and to promote innovation and to cohesion among its participants. In Mauritius today, almost 72,000 hectares of land is under cane, about 85% of arable land, and 600,000 tons of sugar is produced annually.

Over the last week of May, we had the pleasure of hosting our first Technical Week in Mauritius. The week of training and workshops on Bonsucro’s standards and projects was held at the Mauritian Sugar Industry Research Institute (MSIRI) and was attended by representatives from six sugarcane growing regions in Africa. 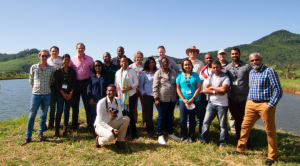 Bonsucro’s Technical Weeks are designed to encourage critical thinking around sustainability in the industry, what this fundamentally represents in varying contexts, and importantly how Bonsucro’s Standards can be practically applied to improve sustainability across supply chains. These weeks react to the specific needs of each region, and discussions are focussed on sharing practices that have been helpful to those industry partners present. 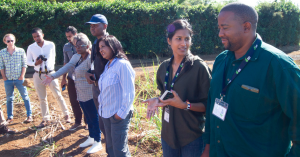 With our role as a platform in mind, we aimed to include a diverse range of speakers into the week. In addition to training on the Standards, conducted by Nicolas Viart, workshops were presented by several experts. Jean-Claude Autrey, a member of Bonsucro’s Board and chair of the TAB Committee, reflected on the changes in the industry in his 40 years of involvement in it. He considered the emergence of sustainability as a pertinent need in sugarcane operations in Africa and sees it shaping operations and trade in the future. This is possibly most represented in the field trips to Alteo’s farming operation and to Omincane’s milling outfit. Both companies are Bonsucro members who generously shared their sustainability journey with the group. Both groups have undertaken huge efforts to align themselves with international sustainability benchmarks and are in the process of doing so with Bonsucro. 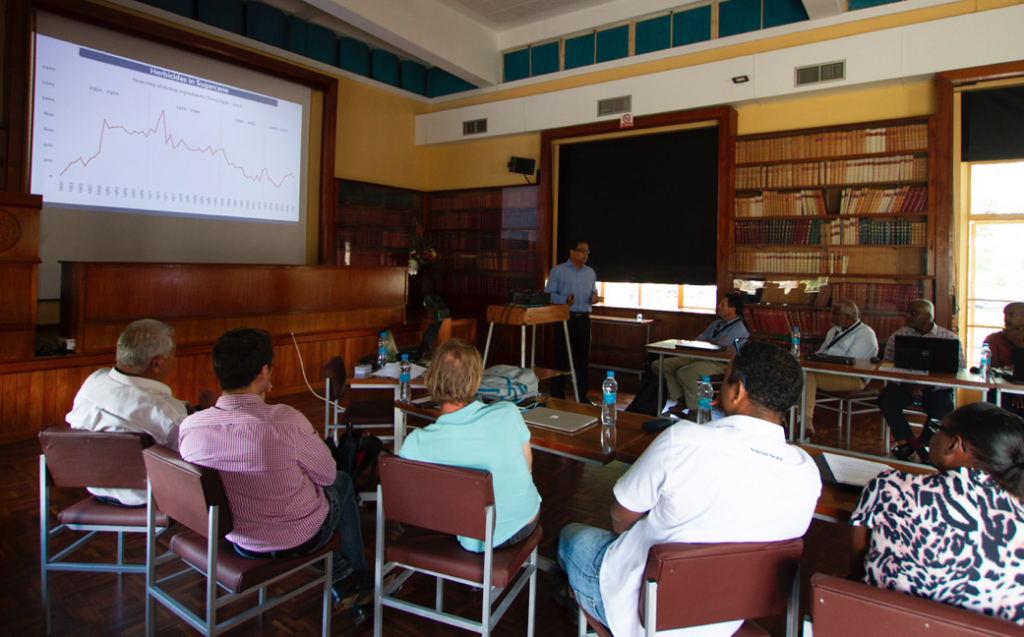 The Mauritian sugar sector exhibits vast capacity for cohesion and innovation. This was evidenced by Dr Suman Seeruttun of the MSIRI, who presented his research on herbicide application rates in Mauritius. This research was conducted to assess the capacity of sugarcane growers on the Island to lower their herbicide application to comply with the Bonsucro Production Standard. Dr Seeruttun concluded that it was possible to meet the requirement if producers used particular chemicals and applied these at stricter intervals in the crop cycle.

Much excitement has been cultivated for the forthcoming Bonsucro Smallholder Standard, which was presented during the week. It aims to address the contexts of smallholder growers and smallholder organisations who wish to include their cane under the unit of certification. The concerns of smallholders are increasingly significant to the global sugar industry as the activities of these growers has an enormous impact on the supply areas of mills. In keeping with this, on our closing morning, four representatives of grower cooperatives in Mauritius, Mozambique and Malawi shared on their experiences of development and sustainability in the sugar sector. They expressed insight into the importance of creating cohesion in member groups, collecting data that improves decision making, and the tossups facing producers on sustainability journeys, in Africa. Three of these cooperatives in Malawi and Mozambique are currently participating in Bonsucro’s LEGEND Challenge Fund Grant from DFID.

Thank you to all those who participated in the week, who contributed to vibrant conversations and generously shared their wisdom. We look forward to seeing the impacts of these projects and research on Africa’s sugar industry, and to many more Technical Weeks in the beautiful continent.