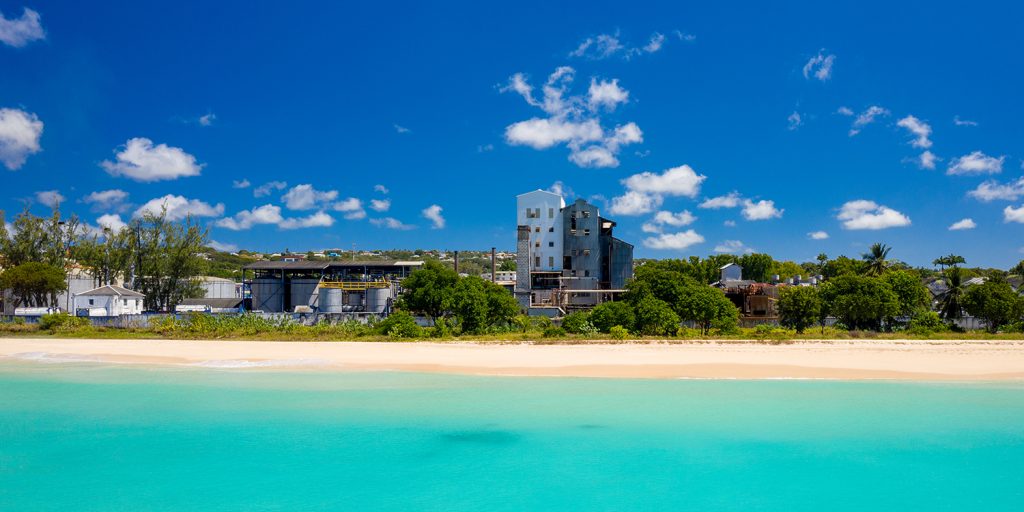 The West Indies Rum Distillery Limited (WIRD) is the first organisation in Barbados and the first distillery in the Caribbean to receive Bonsucro certification. WIRD was founded in 1893 and is just a few feet away from a tropical beach in Brighton, Black Rock, Barbados.

The West Indies Rum Distillery has been producing rum for over 125 years and is the largest distillery on the island. The team is committed to producing high quality rum that respects the community in Barbados alongside with its cultural and technical heritage. WIRD has undertaken a transformation to reduce its environmental impact and bring more transparency across the value chain – with sustainability as a core principle. The Bonsucro Chain of Custody certification is another step towards this.

The Bonsucro certification is a reflection of the values of the WIRD’s team – Andrew Hassell, the Managing Director of the distillery said, “we know that in order to make great rum, our people must be at the centre of sustainable and social development”.

He went on to say, “Our sustainability focus goes beyond our value chain. That is because we recognise that we can only create a better future by addressing how interconnected all the aspects of rum making are in the battle against climate and social change. By adhering to Bonsucro’s principles, we, as a distillery, collectively strive to be a true reflection of our core values and be on the side of high ethical standards as sugarcane users.”

While it was a group effort undertaken by the team, some members took leading roles. Don Benn, Operations Manager, played was instrumental during the certification audit – ensuring there was a guidance document in place for the distillery molasses procurement. Dario Jordan, Bulk Rum Production Controller, assisted the certification audit and organised a training session for staff. In addition, Teri Alleyne, Quality Controller, led the overall certification process by liaising with certification body, organising training for the management team, documentation.

To achieve certification, WIRD completed in-depth checks on molasses suppliers. In addition, suppliers now need to confirm Bonsucro certification prior to contracts be signed. Non-certified suppliers can still be used but only in exceptional circumstances and when signed off by senior management. The team is also still working to improve controls for the effluent dilution and is monitoring the environmental aspect. In addition the team has raised awareness of the Bonsucro standard with other entities, such as the Barbados Agricultural Management Company (BAMC) which has been met with a positive response.

In order to produce a premium rum, the distillery rigorously selects the source of its cane products and suppliers based on fair trade practices and international standards and certifications, like Bonsucro. The Chain of Custody certification is a landmark for WIRD as it is the first distillery certification in the Caribbean. The certification, developed by Bonsucro, guarantees consumers that the sugarcane used to make rum is produced, sourced and traded responsibly.

Throughout the certification process, the team learned more about the supply chain and the importance of each organisation plays. Staff members are kept updated via memos and emails. Due to the global pandemic, the team has had limit face-to-face interactions so a staff-wide celebration wasn’t possible, but staff members are very excited and proud.

WIRD will maintain its Bonsucro certification and will remain committed to responsible sourcing. The team believes that that in order to make great rum, people must be at the centre of sustainable and social development. WIRD is committed to reinvesting all the profits back to the distillery in Barbados, growing its operations and increasing employment in the country by 40%.